Peterborough’s opioid crisis has been getting worse, despite best efforts to provide more treatment options for people with opioid addictions and the additional harm reduction measures that we have deployed. Naloxone kits are more accessible than ever, either from a pharmacy or from Peterborough Public Health, who can now provide them to our many community partners. But naloxone is simply a rescue medication, meant to reverse the harmful effects of an opioid poisoning long enough to get medical help. And although the recent interest from the city’s Downtown Business Improvement Association (DBIA) to have more kits downtown is warranted and very welcomed, we will not be able to turn this tide around without more significant efforts from all levels of government.

Progress is being made in some areas. The Central-East LHIN has been actively pursuing a four-pillared strategy that has already seen some benefits: opioid prescribing by local health care providers has dropped by 12%. More physicians are offering medical treatment for opioid addictions to their patients. The Rapid Access to Addiction Medicine Clinics, or RAAMs, are busy and well-received by people with both alcohol, our greatest problem, and opioid addictions. It appears that more people are getting the treatment they want and need.

But with last week’s warning from our provincial Chief Medical Officer of Health, Dr. David Williams, that there is now solid evidence that carfentanil, a substance even more potent than the deadly fentanyl which has been responsible for about three quarters of the opioid deaths to date, is present in many Ontario communities, we should not ignore what our police have been telling us: the illicit supply of drugs in our community is poisoned. Anyone who purchases and uses a product from the illicit market, whether they think they are getting cocaine, or a benzodiazepine, or even heroin, is at risk of dying from a lethal dose of fentanyl or carfentanil. And with the whole supply being contaminated, even occasional users can and will die.

Reviews of deaths by the coroner show that anyone who uses a drug alone is at higher risk of death, so an important harm reduction message that we should all heed, is that people using drugs should do so with others present. And there should be a Naloxone kit available. But more is needed: there is a great deal of local collaboration focused on completing an application to the provincial government for the approval and funding of a supervised consumption and treatment site to provide a safer environment for people who are using drugs in Peterborough. Part of the application will require a motion of support from city council. In the meantime, drug testing strips that will detect the presence of fentanyl or carfentanil are already available at PARN and have been shown to help reduce risk.

Ideally, everyone who has developed an opioid dependency, (and we know that almost half are people who were prescribed opioids for pain), should have access to early diagnosis, support, treatment and harm reduction. Given that the illicit supply is so toxic, people who rely on this should get priority for diversion away from opioids to a wide range of treatment options, including medically-prescribed and supervised injectable opioids when first line treatments like methadone and suboxone have failed. The treatment of addictions must include access to a safe supply at an unprecedented time like this, when the risk is so high.

It is a privilege to work with other partners of the Peterborough Drug Strategy who are strong advocates for the individuals, families and loved ones impacted by this crisis. The voices of people with lived experience are also helping to lead the way forward. Peterborough’s police force have been champions at diverting people with addictions away from the criminal justice system, into treatment instead, and it is heartening that they are eager to do more. But provincial and federal funding is required for a more robust and effective action plan to adequately resource the Drug Strategy’s work.

For the first time in four decades, life expectancy in Canada has not increased – it has dropped, thanks to the loss of life from poisonings occurring in communities like ours across this country. Times like these call for bold and courageous actions, informed by evidence and unencumbered by stigma. I offer my gratitude to everyone in this community who has responded with compassion and good will. 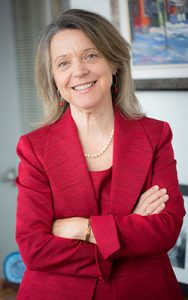